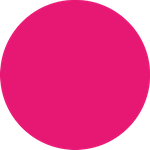 MASK Awards 2014's theme ‘What makes you proud about Kenya?’ coincided with the Kenyan General Elections and the Kenya's 50th anniversary of Independence

Award Ceremony was attended by 400 people; exhibitions were seen by more than 90,000 people

ART - winners in all ages & schools

and exhibition at Nairobi National Museum

The prize-giving ceremony coincided with an exhibition of more than 600 original artworks that were entered to the MASK Awards 2013 by participants across Kenya. The exhibition was curated by MASK' s Watson Kanyi, Raymond Mutisya and Valery Macaranga. It was visited by more that 4,000 people.

“Art is when you involve your mind to create something to be seen by others.” Zebra Kamal, 14

Prize-giving and exhibition opening at the Nairobi National Museum

"This is important work for the future of East African art.  It attracted very young people.  What struck me from the submissions is that all 3 prize-winners are about place, all of them locate something.  Its very telling that this is the most vivid thing for them, and therefore their art is very vivid for us. I congratulate the MASK PRIZE organisers." Michael Craig-Martin

"The UK young people who come to the Gallery's workshops say that the Kenyan young people's artwork is amazing. They are influenced by these artworks!  It was great working with MASK."  Francesca Wilson